I got up this morning thinking I would be headed to Supercharged Entertainment in Wrentham to celebrate Sam’s 16th birthday this afternoon with Heather, Jed, Ollie, Jonah, and three of Sam’s friends. I still can’t believe my oldest grandchild is now 16. Just yesterday he was one. 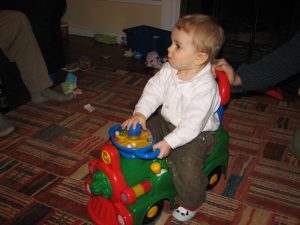 But the birthday party plans were abruptly changed when Sam found out that one of his best friends tested positive for Covid. In addition to family, Sam only wanted his three best friends—Sebastian, Ethan, and Robert—to go with him to the entertainment center. When he found out Robert couldn’t go, he asked if the party could be postponed until all could go. So now we will hope to do this in two weeks. But Sebastian and Ethan still joined us for dinner at Shipwrecked on Falmouth Heights Beach and were then spending the night with Sam. 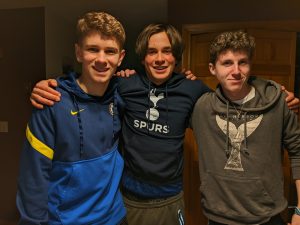 Sam chose Shipwrecked because he could have sushi for an appetizer and then have a big, juicy burger. His idea of food heaven. We went early, but it was already slammed and we were told we would have an hour plus wait. As Heather, Jed, and I stood outside in the dark and the cold discussing other possibilities, the boys went out on the soccer field and played soccer with a ball Jonah had brought. Then they went down on the beach. Finally we all got cold and decided to go inside and wait. Heather talked to the hostess and they said waiting for a table for all of us was really going to take a while. They offered two tables, so Sam, Sebastian, and Ethan had their own table and the rest of us sat separately. 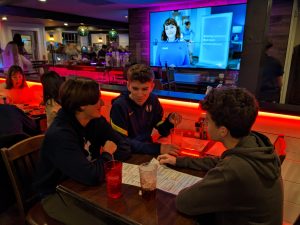 We missed being with Sam, but the three teenage boys were quite happy to have their own space. The wait staff was tipped off by Heather that it was Sam’s birthday and they asked if we wanted them to bring him cake with a candle. We were having cake when we got home, so Heather said no cake, but maybe a candle. They brought a candle in a cup of ice cream—just enough to embarrass him a little, but not too much.

Back at 43 Grasmere, we had the birthday cake. But that comes with a story. When Smitty’s ice cream shop closed for the season, Sam had special ordered a watermelon sherbet ice cream cake for his birthday. I picked it up and did notice that it had Goldstone written on the side, but another name on the top. But Smitty had assured me it was out order. When Heather opened the box last week to check it out, she was surprised to find that there was writing on the cake saying, “Happy Birthday, Laurie.” 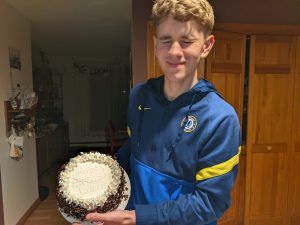 It would have been easy to scrape that off and replace it with “Happy Birthday, Sam.” But no. Sam thought it was a riot that the cake had someone else’s name on it. And since we did not know what Laurie had ordered, we had no idea what kind of ice cream cake it was. It became known as the mystery cake. When Sam cut into it tonight, we found that it was the usual vanilla and chocolate. And we all got a kick out of eating Laurie’s birthday cake. Sorry, Laurie. We hope you enjoyed Sam’s cake.

Sam discovered his birthday present a day early and was so excited that he slept with it. 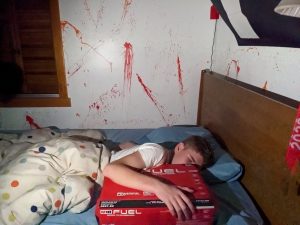 For Christmas he had asked Santa for a Milwaukee drill/driver set. He knew it was expensive and knew he might not get it. He didn’t get it for Christmas, but Heather and Jed, Grammy Marti, and I went together to buy it for him for his birthday to support his love of woodworking. Happy birthday, Sam! 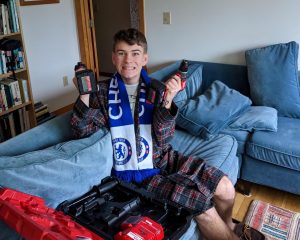